This story was originally posted on the Joliet, Ill. edition of Patch.com, July 6, 2020.

Pat Meade, head of the nurses union at AMITA Health Saint Joseph Medical Center, said that 720 Joliet nurses plan to remain on the picket lines this week, as a result of a standoff between the union and AMITA’s management team.

The nurses have gone two months without a new contract. Meanwhile, AMITA has recruited nurses through staffing agencies. Some nurses have come to Joliet from as far away as Colorado, Mississippi, Georgia and North Carolina, Meade told Joliet Patch’s editor on Monday morning.

About 280 Joliet nurses were participating in Monday morning’s strike, Meade said. She said that AMITA is spending $5 million for seven days worth of temporary nurses, including airfare, meals, hotel accommodations and transportation.

On the other hand, for $6 million, AMITA can hire 60 entry level full-time nurses and cover their salaries and benefits for an entire year, Meade told Patch.

“We know they’re trying to union bust,” Meade said. “They are temp agency nurses. They fly them in and pay them for room and board and $65 an hour, plus transportation.

“We are locked out until the 9th of July. It’s really important that the community know that from what we hear, our patients really need us. We feel we have to stay strong. We are out here for our patients.”

Read more about the support the striking nurses are receiving here. 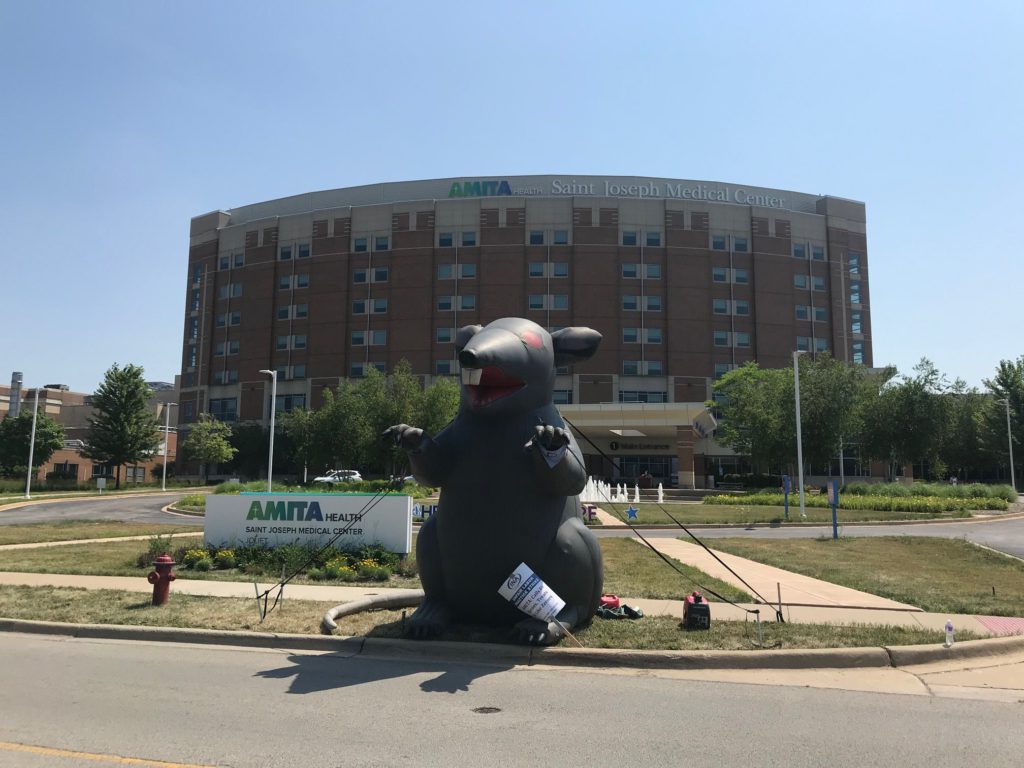 Share this Post:
AMITA to Waste $5 Million Per Week on Replacement Nurses and Luxury Buses Letter to the Editor: AMITA not honoring its mission