In the early morning of July 4, more than 700 nurses began an unfair labor practice strike against AMITA St. Joseph Medical Center in Joliet, Ill. to protest AMITA’s illegal acts, which include intimidation and threats of termination to prevent nurses from exercising their rights under federal law.

Nurses will picket and rally outside the hospital at 333 Madison St. in Joliet. INA has not indicated how long the strike will last.

The nurses have been working without a contract since May 9 and continue to propose safe staffing at the bargaining table as the hospital continues illegal bargaining tactics, said Alice Johnson, executive director of the Illinois Nurses Association.

AMITA abruptly canceled a scheduled negotiation session earlier this week, refusing to meet and discuss the INA’s proposals to address the staffing crisis at the hospital. While the hospital has staffing guidelines that determine how many patients each nurse should be assigned, the guidelines are routinely violated, putting patients at risk. The INA seeks to prevent unsafe assignments, which violate the hospital’s own guidelines.

The INA wants medically appropriate utilization of charge nurses who serve as resources for nurses who need help with patient assignments. AMITA would cut this resource, knowingly putting patients at risk.

“AMITA is prepared to spend millions of dollars fighting the nurses’ union but refuses to invest in hiring enough nurses to provide safe care for the patients,” said Pat Meade, RN, a lead union nurse who has been involved in all the negotiations.

Meade and her colleagues are protesting the hospital’s requirement of nurses to care for more patients than is safe. Studies show that the more patients each nurse cares for, the higher risk for the patient. 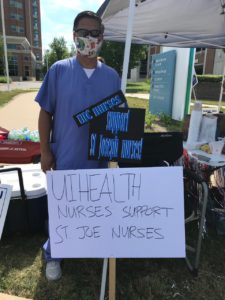 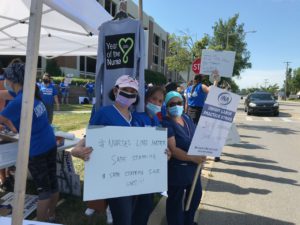 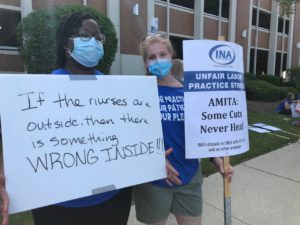 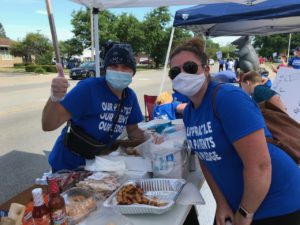 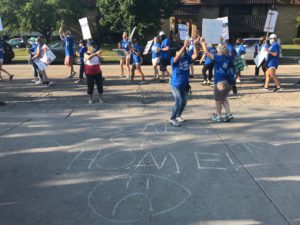 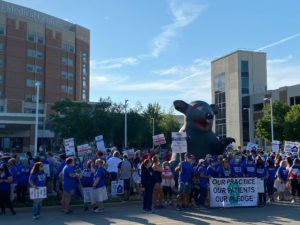 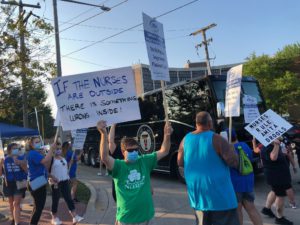 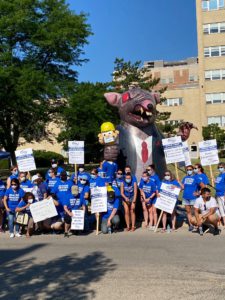 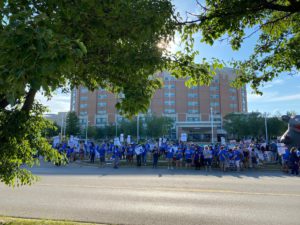 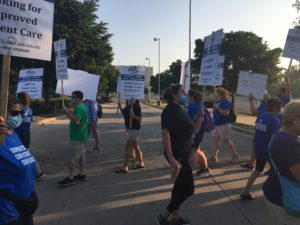 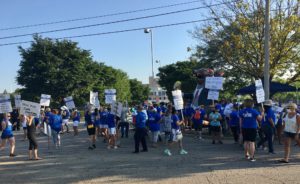 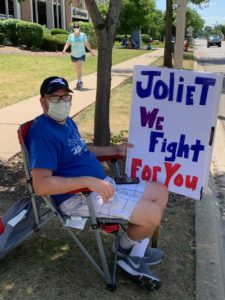 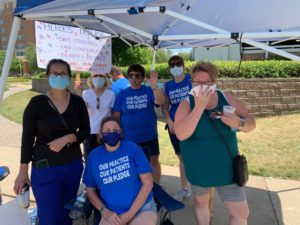 WGN-TV: More than 700 AMITA Health nurses in Joliet on strike