In one of the best election turnouts the INA has had in years, there were some close races. Congratulations to everyone who ran, and everyone that cast their votes to have their voices heard! Thank you to the outgoing Executive Committee, who have been absolutely wonderful and a huge part of the reason that the INA is moving towards greater membership involvement in all aspects of leading the organization.

The new Executive Committee is:

Candidate Withdrew Prior to Election- Position will be appointed

A second Local Director will be appointed

Due to no candidate receiving 50% + 1 of the vote, this election will proceed to a run-off election. Further details on that election will be forthcoming.

Two Local Directors will be appointed

We will make further announcements regarding the run-off election for RC-23 as well as any appointments made.

Once again, CONGRATULATIONS to all!!

My Name is Tori Dameron, I am the current vice president for the Illinois Nurses Association. I am an RN from the RC-23 Unit where I serve as the Chair of the RC-23 Board of Directors (for the past 5 years).

When I Joined the Board of Directors for RC-23 I quickly learned that my local unit presented many challenges due to it being many facilities spread out all over the state of Illinois. Engaging these different facilities into one unit has been one of the biggest challenges, and to see the members turn out increase and our unit organize and stand together as been its own accomplishment. This I hope to bring to INA as we represent the vast array of nurses all in many different sectors all over the state.

Over the Last two years Nurses have had to fight and adapt to so many unknowns. This has left nurses vulnerable to management. This has resulted in management taking advantage of nurses and the current unprecedented times. As a leader of the RC-23 unit I represent over 60 facilities across the state of Illinois, I spend time traveling to facilities that local stewards are struggling with management and assisting with Labor management and contract enforcement. I currently travel around the state of Illinois assisting and am certified to lead union basic steward training along with other CE’s that our nurses need and want to better their own professional platforms. INA has had its own struggles the last few years and I am committed to working with the INA Directors and staff to not only better our current union through transparency and engagement but work to organize our current membership and build as an organization with new units.

Uniting with the other locals and working together it what makes our union strong. Every unit comes from a different background and takes care of different patients but together we can move mountains. The safety of every nurse and every patient needs to be our top priority. In the coming year I would like to see the continuation of the legislative movement for Safe patient limits for the acute care facilities. As well as the legislative movements to ensure Mental health facilities and more nurses for our CDPH unit.

In addition to these two large projects, I truly believe that there has been a call to action for legislation for safety limits for our Nurses that work in locked units such as the DHS mental health facilities. Let’s work together for the safety of our nurse, regardless of the unit or location ever nurse IS the INA and together we make the difference.

Abiding and promoting the supreme authority of INA—its members in Bylaws, Policies and Committee

Hello, my name is Ryan Flynn. I have been a Registered Nurse since 2012. I started my career with a focus in trauma. After several years in a critical access hospital, I started a career in RC-23 Department of Corrections and transferred to Department of Public Health. I have served on the the RC-23 Board of Directors since 3/15/18. I became treasurer of RC-23 on 9/15/18 and held the office until current.

During my time as a RC-23 board member, I have been involved in the RC-23 contract negotiation team, the ongoing Covid-19 negotiation meetings, and been the chair of the finance committee. I became a member of the Board of Directors for INA proper on 12/11/19. Since that time I have been voted into the position of Secretary for INA proper, as of 3/31/21. I am the current Secretary of the RC-23 West Chicago IDPH local, as of 4/15/21. I feel the INA has great potential for growth in the future.

United we bargain, divided we beg. 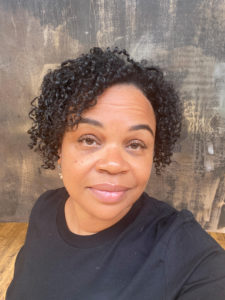 I advocated for nurses in my local to attend these meetings across Illinois and stressed the importance of being involved in the INA, CDPH has always had a high attendance for many INA events, and I am proud of that. I support initiatives designed to increase transparency, legislative lobbying, and education. It is essential as a union that we continue to recognize the strength we exert when we are active, engaged and informed.

Please vote for me as Treasurer for INA. 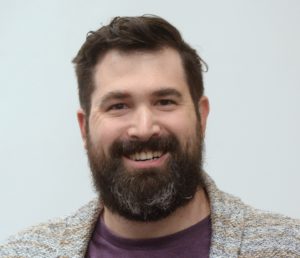 I come before you today asking for your vote to be the next Treasurer of the Illinois Nurses Association. As a current Board of Directors member, the chair of the Political Action Committee, and the Co-Chief Steward of the UIC local, I have been working diligently to uplift our profession and out members at every possible opportunity. From building a political war chest with the PAC to winning the most generous contract in INA’s history at UIC’s local, I approach every situation with a look to our short-term needs, but with the vision for long-term success. I do not stop until we have what we need. My ability to recognize opportunities where there were none before, has allowed me to help INA claim victories it had previously not attained.

Now, I have recognized new opportunities to grow INA’s financial foundation, allowing the organization to flourish in ways not seen in our Union’s history. We must be able to grow our financial portfolio beyond what we are provided solely on members’ dues. While our current portfolio is somewhat robust, I believe that we have been far too conservative with the way we have been generating and investing funds. We must adapt to the 21st century and do basic things like hold fundraisers, sell INA-branded merchandise, and find meaningful ways to advertise our organization to nurses in need of liberation.

I believe these changes, while at times difficult, will be the seeds for the rapid growth of our beloved
Union. The State of Illinois needs our guidance and our voice. We can augment that voice by wielding a heavy purse in our hand. Allow me to fill that purse with the funds we need to truly be a powerhouse in the healthcare and union sectors.

In 1986 I started working for the state of Illinois as a Mental Health Technician and became a member of
the local union. I was a member in good standing and participated in the union’s functions and volunteered whenever needed.

In 2000 as I continued my work with the State of Illinois, I became a Registered Nurse and an INA
member.

From 2000 to present, I remained an INA member in good standing.

In 2020 I became a board member of INA representing one of the two RC23 seats. I currently hold that
position.

In 2021 I was elected Vice Chair of IDPH’s local West Chicago region and helped organize that unit.

If I am elected as an INA Board of Director, RC23 seat, I will make sure that all of our nurses’ voices are
heard and represented.

My name is Athena Smith I’m a CNII, I’m also the chief steward at IDOC NRC Stateville. I am a current RC23 BOD director. I spent a couple years at Madden mental health as a steward. I’m running for a director spot on the INA BOD because I feel corrections nursing is underserved in all areas. We need a voice and a spot light to show the disparity in treatment that correctional nurses receive.

I am currently wrapping up my Master of Science in Nursing with an emphasis in Public Health at Grand Canyon University. I am an Alumni of Methodist College in Peoria, Illinois.

I am a firm believer that the Illinois Nurses Association can change healthcare delivery in the State of
Illinois through fair and effective bargaining as well as the promotion of patient focused legislation.

Last year we gathered together and became one powerful voice. We used this voice to empower each other to fight for our rights and become the best advocates for our patients and their families. Only through unity is how we build a strong Union.

To build our nursing power we need to have evidence-based research, follow our bylaws and policy and to stand for transparency. During the strike I marched for 7 days, I waved our union flag downtown, I chanted till I lost my voice, and then used my fan to create a sound no one can ignore. Those 7 days showed me how strong and powerful we are together.

I will continue to use my voice to represent, and build our strong union.